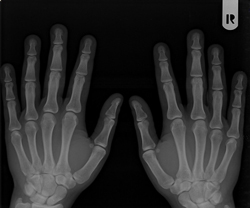 In a post on intelihealth.com, the News ReviewFrom Harvard Medical School has released an article stating that a drug call teriparatide (Forteo) may actually help bone repair for those suffering from periodontitis.
What is periodontitis? Well, most of us know its precursor, gingivitis. Gingivitis symptoms include red, swollen gums that bleed easily.
Periodontitis is when the gum disease has been left untreated as gingivitis and has become more severe. Periodontitis can lead to bone loss under teeth as well as teeth themselves. Symptoms of periodontitis include pus between teeth and gums, gums pulling away from teeth and permanent teeth that are becoming loose.
Teriparatide is currently used to help build bone in people suffering from osteoporosis. According to intelihealth.com, “It [teriparatide] actually stimulates new bone formation. But doctors also know that this drug, if given for more than two years, might increase the risk of developing bone tumors.” Thus, it is not the most commonly prescribed drug to help with osteoporosis.
However, in terms of people with periodontitis, teriparatide might really help, as it “did seem to help stimulate bone growth in the mouth.”
There are plans for more testing with periodontitis suffers. As intelihealth.com states, “We clearly need larger studies of this drug in the treatment of periodontitis. I think we also will see trials of this drug in the treatment of osteonecrosis of the jaw and of other areas of bone.”
While there may be a new treatment for periodontitis on the horizon, the best thing you can do is to not let the disease get to this stage. If you notice that your gums are red or bleeding, the best thing to do is to maintain a health oral care regimen: brush, floss and rinse at least two times per day. A healthy diet can also aid in beating gingivitis. And make sure you see your dentist regularly. He or she can always offer the best course of treatment for any dental issue.
There are products out there specifically designed to treat your gums and keep them healthy, so that may be something worth trying out.  Remember, if you do have gingivitis, it is completely reversible. Just put the time and love into taking care of your mouth — after all, it’s the only one you’ve got.
By Manish khazane at March 21, 2012