Amalgam consists of a powder of ground up mainly silver and copper and some other metals mixed with a little drop of mercury. You shake it all together (amalgamate). After a few seconds of "trituration" the thing is kind of maleable and putty like. It is placed into the cavity preperation and initially hardens in a few minutes. It is very important to note that there is basically no murcury coming out of a silver filling once it is amalgamated. They are quite safe as determined by extensive scientific clinical studies-(See links below.)
Silver fillings were very common in the past and were the standard of care, and still are, because they hold up quite well to biting forces. If a dentist is still doing silver fillings, that is still an acceptable method of treatment. There are a few drawbacks to "silver" fillings: 1. They do not bond to the tooth, they basically just fill the cavity. 2. They are silver so there is a cosmetic concern. Now, how many people are looking at your back teeth trying to see in there? If you know them that well, it probably does not matter what your teeth look like. Still, we are all concerned with appearance and want the most cosmetic solution available. 3. thermal conductivity is better/lower with white fillings. 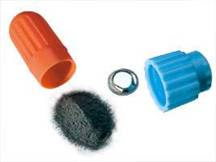 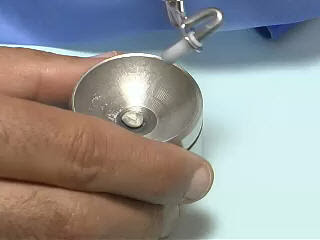 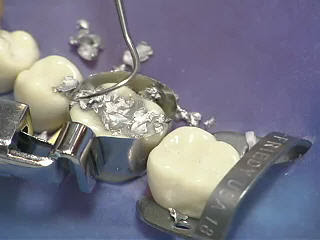