WHAT I LEARNED ABOUT LEADERSHIP FROM A ROOT CANAL

Okay, I know. It’s a stretch. But one of the benefits of being a blogger is that you can redeem almost any situation by writing about it. Every experience becomes fodder for a post. Photo courtesy of ©iStockphoto.com/fstop123
Last week, during a routine visit to my dentist, she discovered that I had some decay under an existing filling. Because it was close to the root, she insisted that I come in right away, which I did yesterday.
After removing the old filling and doing a little drilling, she suddenly stopped. She took off her protective mask and said, “I‘m afraid you need a root canal.”
The color drained from my face. I had never had a root canal, but I had heard the horror stories. In my mind, I envisioned being strapped into a chair while a sadistic dentist with a drill—a weapon!—inflicted unspeakable pain.
Worse, she said I needed an emergency root canal and would see if she could get me into a nearby endodontist. (I had never even heard that word before she uttered it. It means “inside the tooth.”) Fortunately, he could see me immediately.
Reluctantly, I drove the ten minutes to the office of Dr. Daniel Price. I dreaded the trauma I was about to experience.
Amazingly, I was in his office less than an hour. He performed the procedure, and I walked out shocked at what a non-event the entire experience was.
In addition to Dr. Price’s obvious dental acumen, I believe it was also due to his leadership ability. In particular, he exhibited six leadership skills, which are transferable to any leadership situation.
As I was about to leave, he asked, “So how was it? Did we do okay?” I said, “Doc, I have experienced more pain from a haircut.” We both chuckled. “Seriously,” I continued, “this was a complete non-event. I couldn’t be happier. 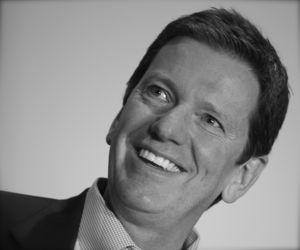